From schedules and calendars to the milliseconds of a race, time’s presence can be felt almost anywhere. The invention of the watch has transformed time into a possession for people to carry around with them, making time a vital part of everyday life. However, since the development of the wristwatch, many different types of watches have emerged. Choosing a watch can be difficult because such a large variety exists.

Here is an overview of some main types of watches and the trends, history, and uses that go along with each one. 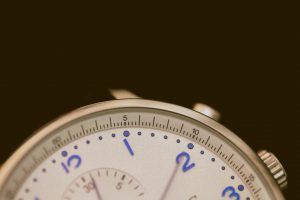 century. This type of watch incorporates both stopwatch and timekeeping functions making it a very popular choice. The most distinguishing features on the chronograph are the pointing hands that move around the watch face and the dials on the side of the watch. These watches became very popular in the early 1800s and their popularity continues to this day. During the early 1900s, many chronographs were individually made for specific professions such as doctors or divers. However, modern chronographs have become more of recreational pieces instead of professional tools. In addition, some older chronographs have become collector’s items due to their elegance and antiquity. For the most part, chronographs are well-suited for everyday use, yet they can be used as stylish pieces as well. 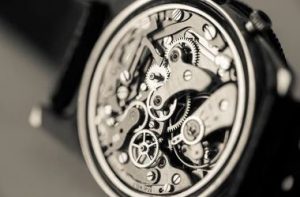 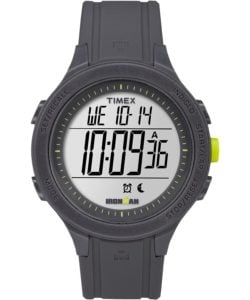 Digital Watch – The digital watch has seen an increase in popularity ever since its creation in 1970. This type of watch uses numbers to tell the time instead of the traditional method of short hands and long hands pointing to the time. Younger generations are usually more apt to favor the digital watch because of its simplicity and easy-to-view screen. These watches have never gained popularity as status symbols or fashion statements but serve mainly as functional like the watches for nurses or military watches. Athletic events and basic timekeeping activities suit the digital watch very well. If convenience is needed, the digital watch is the way to go.

Hundreds of watch styles and varieties vie for the attention of people in their quest to control time. From fancy to feasible, the watch world has grown into a maze of hands, dials, and numbers, yet time itself remains unchanged.

I'm a watch reviewer who loves to share my insights on the latest watches from the world's top brands. I'm passionate about horology and I love to help people find the perfect watch for their unique style. Whether you're looking for a classic timepiece or something more avant-garde!

Sometimes our watch needs to do more than just make a statement. It seems nowadays, most … END_OF_DOCUMENT_TOKEN_TO_BE_REPLACED

💡 Taking Care of Your Wrist Watch

Wrist watches come in all shapes and sizes. Some are dressier and are more jewelry than … END_OF_DOCUMENT_TOKEN_TO_BE_REPLACED

If you’ve only ever shopped for watches at brick-and-mortar retailers, the name … END_OF_DOCUMENT_TOKEN_TO_BE_REPLACED